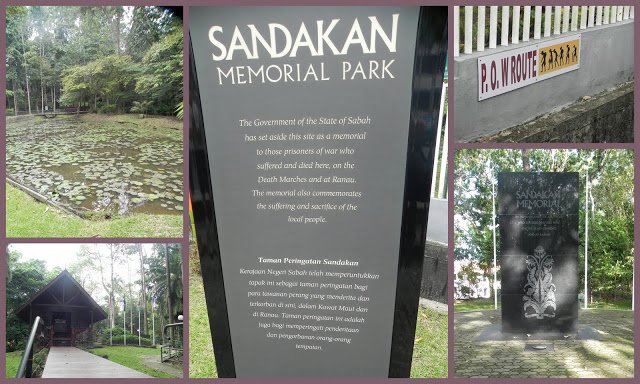 Sights of Sandakan: Culture and Heritage
by Kristin Cosgrove
Famous as a gateway to Sabah’s amazing eco-tourism sites like the Kinabatangan River, Sandakan has more to offer than nature. As the second largest city in Sabah and former capital of British North Borneo, the city offers heritage and culture buffs plenty of sightseeing opportunities.
Sandakan Memorial Park
By far the most poignant of the sites to visit in
Sandakan is the Memorial Park, the site of the Mile 8 POW camp.
Being from the United States and a generation or two removed from World
War II, I was unaware of the historical importance of Sandakan in relation to
the war and deeply moved by what I learned here.
The Japanese took hold of Sandakan in 1942 and
established a POW camp there with prisoners brought from Singapore, all British
and Australian soldiers, in order to build an airstrip.  In 1945, after 3 years of life in horrific
conditions, the surviving 2,400 POWs were marched by the Japanese to Ranau, 260km
away. Those who could not make the
journey were shot, and 500 died along the way.
The rest perished at the camp in Ranau. Only six prisoners survived to tell the tale, two by escaping during the
death march and the other four from the camp at Ranau.

A pond greets visitors to the park, adjacent to the
exact location of the war camp. The lily
pads and reflections of the trees set a peaceful and somber mood for a stroll
along the pathways to the visitors centre.

Once inside the centre, our group was silent,
enrapt by the information boards, the photos of everyday life at
the camp and the informational video describing the wartime atrocities at the
camp and along the trail of the death marches.
Upon exiting the centre, a lovely wooden walkway
lead us to the former site of the Big Tree, a huge tree which could be seen
from miles around. This tree was in the
center of the camp, very near to the guardhouse and the site of the “cage”, an
appalling version of solitary confinement. After the war, the tree was cut down and this
memorial erected.
I highly recommend this as the most important
place to see during your visit in Sandakan. It is quite near the city and takes 45 minutes to an hour to stroll the well-kept
grounds and read the information provided on plaques along the way.
Reason to Visit: A moving tribute to fallen
soldiers, beautiful and peaceful grounds.

Website: CLICK HERE
Sandakan’s Central Market
A trip to Sandakan’s waterfront wouldn’t be
complete without a trip to the Central Market. This multi-story wet market sells everything you could need including dried
fish (tons of it!), clothing, pearls, bags, produce and meats. The highlight
is, of course, the fresh seafood. Early in the morning the boats dock, bringing
their bounties with them to sell. It’s fun just to wander through and
check out the day’s catch, which the fisherman are proud and eager to show off. If you want to take some amazingly fresh seafood
back home with you, the locals will pack it for you to take on the plane.
Reason to Visit: Glimpse local life, grab a bite, and take home the freshest of fresh seafood. 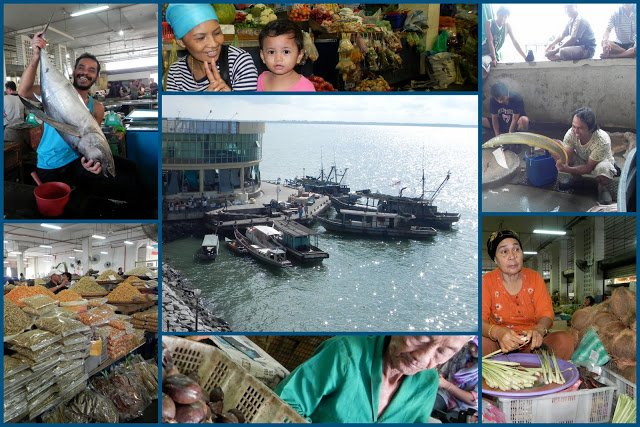 St. Michael’s and All Angels Church
This beautiful church is part of the Sandakan
Heritage Trail and is said to be the first stone building in Sabah, constructed
over the course of 30 years beginning in 1893. The stones come from nearby Buli Sim Sim and were delivered by prison
labor. Each block weighs approximately
140lbs! The stained glass windows were installed in 2005 in commemoration of
the Australians and British soldiers who died in WWII at the Mile 8 POW camp
and on the death marches to Ranau. 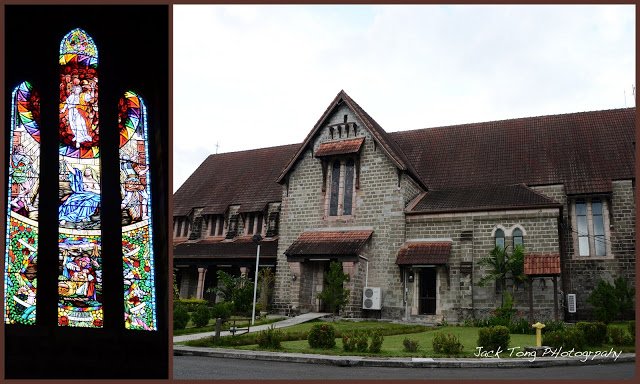 Puu Ji Shih Temple
Puu Ji Shih Temple was completed in 1987. Gorgeous views from the balcony are second
only to the massive amounts of golden filigree inside, making this temple a standout
from the many I’ve seen since in South East Asia. Western eyes may be shocked to see the
copious use of the swastika adorning seemingly every surface of the
temple. Those exposed to Eastern
religions know this is a commonly -used ancient symbol in Buddhism symbolizing
auspiciousness and prosperity.
Reason to visit: Stunning views, inside and out! 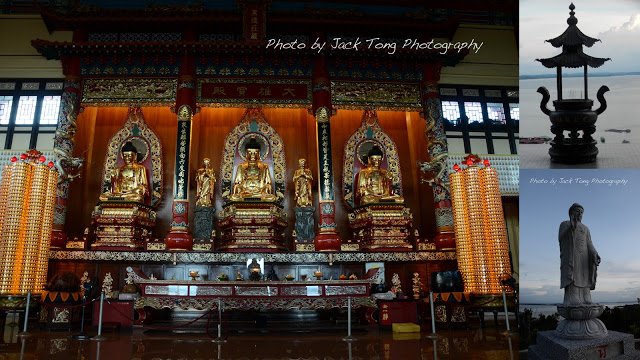 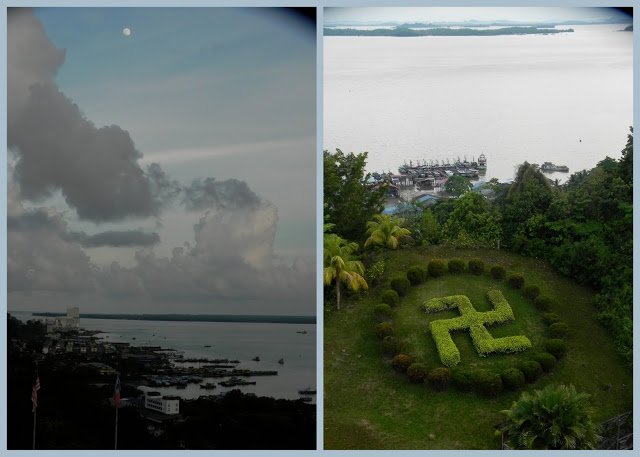 For more information on Sandakan and things to do and see there, visit the Sabah Tourism Board’s official website by clicking HERE.