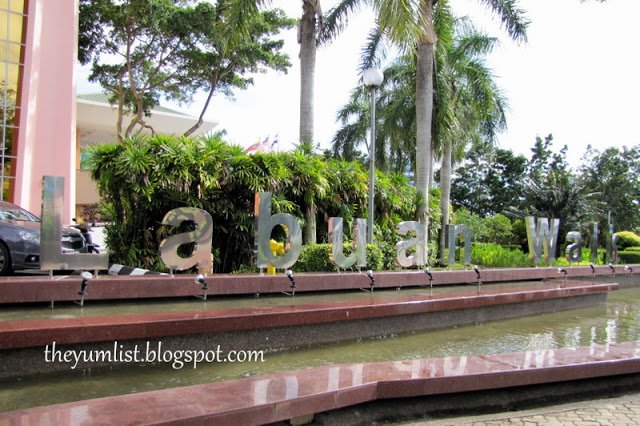 What to Do and See in Labuan, Malaysia
Relaxed and slow moving, the duty free island of Labuan is a
financial hub and base for many oil and gas companies operating in the region.
Little known to the regular traveler though, is that this quiet and peaceful islet
has a number of other attractions drawing people to the area. Here’s The Yum
List’s Top Seven (in no particular order).
Honour the Dead
Pay your respects to those who fought for our freedom at the
War Memorial. Join the ceremony for Remembrance Day on the closest Sunday to
November 11 every year and, if you have a connection (especially to those POWs
who died in the infamous Sandakan Death March), you can find name plaques and
unmarked graves here honouring their lives and losses. More information can be
found in the compact, but comprehensive and logically laid out, Labuan Museum.
Best of all though, would be to hire resident expert, Willie Teo, (who is not
only a walking history book but a key organizer of the Remembrance Day
ceremony) to tour you around the key sights on the island.
Get Active
Play a round of golf on the picturesque nine hole course, or
roll up some lawn bowls on the undercover synthetic greens at the Lawn Bowl
Arena. Watersport fun can be organized at the Labuan International Sea Sports
Complex or locate one of the local tour operators to arrange dives around one
of four shipwrecks found off the island.
Enjoy Nature


Take a stroll through the beautiful (and free) Botanical
Gardens.
Get spectacular sunset shots from the nine kilometre stretch
of the award winning UN 08 Beach (named for its 2008 UN award for cleanliness).
Throw in a line and hope for a bite in the near 98 hectares
of Mangrove Forest Heritage Reserve – soon also to be featuring a restaurant
and bird watching deck.
Explore the Marine Park with a boat ride, some snorkeling or
chill time on the beach
Live Like a Local
See how the locals live in one of the three homestays on the
island. Choose either life in the Water Village, pass time by the beach, or get
more of a kampung feel by the water reservoir (right in the middle of Labuan
island).
Do Some Shopping
A market offering fresh and cooked food, used and new
clothing, plants and odds and ends, is held on Labuan walk underneath shady the
trees every weekend. Best to arrive early to mid morning for the coolest
weather and best produce.
Duty free liquor. Say no more.
Go from Heaven to
Hell
The Chinese Eight Deity Temple is also known as the Ban San
Miao Chinese Temple and is the only one I’ve visited where both Heaven and Hell
are graphically depicted. Take the elevator to the third floor and you’ll be
greeted with a light bright setting with views of greenery and grand scenes in
gold. Follow the dark passage downstairs and you’ll encounter the Hell hall,
where walls illustrate sinners in torture chambers being battered and abused or
burned in cauldrons of fire.
Tuck into a Crabby
Feast 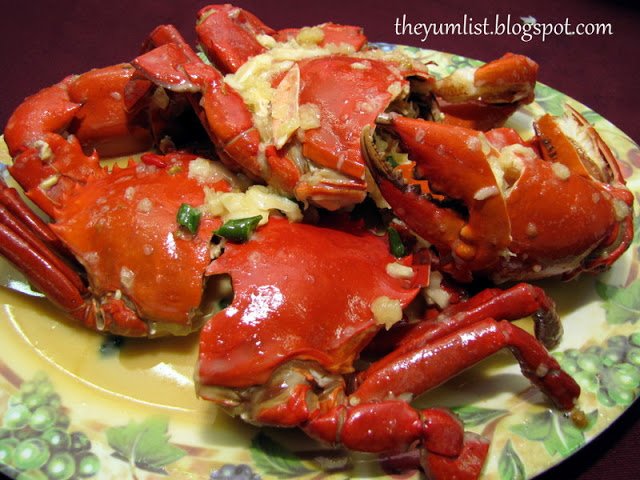