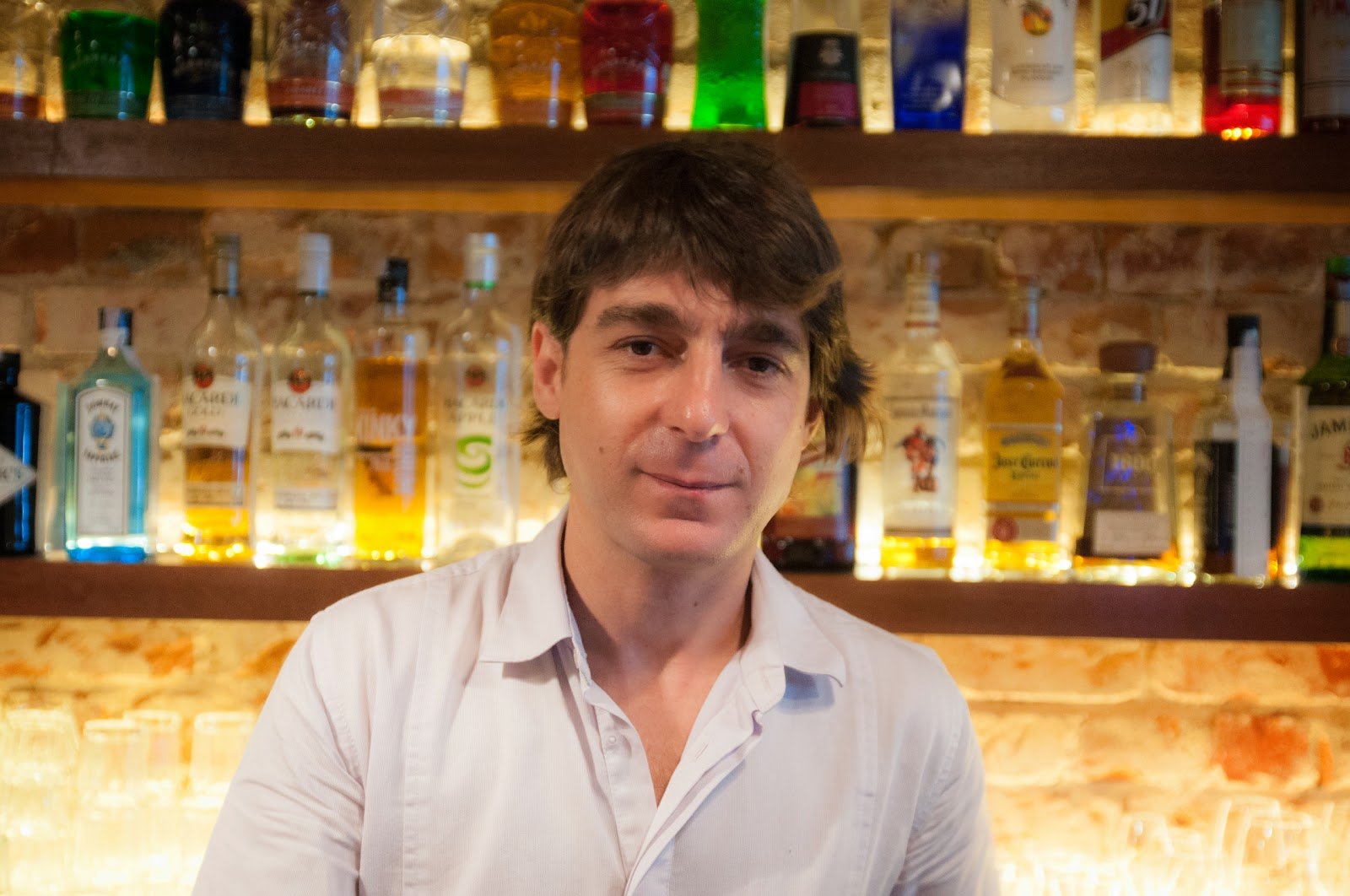 Nicolas Fraile, co-owner of Pisco Bar, shares with The Yum List how he personally got into the industry and some funny behind-the-scenes stories.

What do you do and how did you get into the industry?
Getting into Food and Beverage was quite random. Indeed, my academic and professional background are quite distant from the industry. I am an industrial engineer converted into a business consultant for a big corporation back in Spain. I was a bit tired of that and decided to travel around the world on a sabbatical year until I ended up in the remote Irian Jaya (Papua, Indonesia) for a trek in the jungle. My endless summer finished there, when I met my then future wife on a plane and she happens to be Malaysian.
Yvonne was, at the time, the co-owner of an Italian restaurant but we decided to open Pisco Bar as we had the conviction that Peruvian cuisine – being a unique blend of indigenous and colonial cookery traditions such as Spanish, Japanese, Chinese and Italian – could perfectly suit the taste buds of Malaysians and expats.
Also, there was the opportunity of being a pioneer for introducing this “new” cuisine in Malaysia while playing with my Spanish heritage and presenting the dishes in a tapas style together with some of my favourite Spanish ones. But on top of that we wanted to concentrate on the bar side, and create an eclectic urban chic atmosphere that attracts yuppie expats, trendy locals and international travellers for socializing, music performances, drinking (the range of cocktails features the traditional Pisco Sour) and dancing.
What’s the best/ worst part of your job?
The best part is definitely, the social aspect of the bar. Since we’ve opened Pisco Bar, we’ve met so many new people and each of them with a different background, story and personality, so spending our afternoons and evening with them makes our life more fun.
On the other side, I have converted myself into a event organizer (which requires me to explore what’s going on in KL in terms of live music and nightlife and source for the best DJs, bands and entertainment acts in town) and I am really enjoying it since music has always been one of my passions and the cause of failing so many exams back in Uni.
The worst part are the working hours of course, and not being able to take as many holidays as I used to.
What’s your personal favorite meal/ drink at Pisco Bar?
We have both Spanish and Peruvian dishes, so to be fair I would need to choose one of each: As per Peruvian dishes, I would choose the Tuna Cebiche, fresh tuna, quick marinated in lime juice, onions, and chili peppers. Totally addictive and I can’t stop drinking the tiger’s milk, the liquid that comes from the marination process.
As for Spanish specialities, I would recommend the Pork Belly with Ibérico Ham and Prawns, a well-loved traditional tender and juicy dish served with cauliflower puree and tomato marmalade
Tell us a story about one of the cocktails you prepare at Pisco Bar.
Pisco Sour is probably our signature cocktail but there are more cocktails based on Pisco. My favourite is the Chilcano de Pisco. A refreshing chilcano— made with pisco, ginger ale, a few drops of lime juice and a dash of bitters— is one of Peru’s favorite cocktails and a source of national pride.
Its origins, however, can probably be traced back to distant lands. In the late nineteenth century, there was a large wave of Italian immigration to Peru. These immigrants brought, along with their old culinary habits, their cocktail recipes to Peru, and one of their favorites was the “buon giorno,” made with grappa, ginger ale and a twist of lime. Upon arriving to Peru, these immigrants substituted their old grape brandy, grappa, for the local grape brandy, pisco, thus creating the cocktail we know today. The buon giorno was ascribed various restorative properties by the immigrants. It is said to be a great hangover cure, much as Peruvians ascribed restorative properties to a fish soup they called the chilcano. That explains how the buon giorno lost its name and gained the strange name chilcano de pisco.
What’s one of the funniest things you’ve seen behind the scenes?
Someone sleeping in the ice box by the kitchen. I don’t want to give more details so as to avoid embarrassing that person. But he first walked in as a customer and has since become a very good friend.
The perfect day off would be…
… waking up early in the morning!!! Surprised? But yes, early, so I can go for a walk or a trek or better a weekend in a remote island or climbing a volcano in Indonesia. Anywhere, but away from the big city and the shopping malls.
What’s something you’d like guests to know about the cuisine/ drinks prepared at Pisco Bar?
By visiting Pisco Bar you will be able to taste some of the most popular dishes from the World’s Leading Culinary Destination: Peru. Peru is the winner of the World Travel Awards 2013 (considered the Oscars of the Travel and Tourism Sectors)
How do you select your ingredients and why?
We select our suppliers very carefully based on quality and service level. As for special ingredients, we need to source for suppliers who can source for Spanish products directly from Spain and Peruvian ones from Japan and Spain.
What can guests look forward to in the upcoming months?
We are introducing a significant variety of Spanish tapas. Promising a distinctively novel culinary experience, diners can now look forward to a contemporary, yet traditional, tapas menu curated by our new Chef, Basilio Martin.
Born in Mallorca (Spain), Basilio has just recently joined us and already he’s been whipping up a storm in Pisco’s kitchen, introducing some new dishes that exhibit the techniques and finesse of a culinary art honed at several award-winning establishments and that are bound to widen your perspective of Spanish food.
Check out our meal at Pisco Bar via this link.