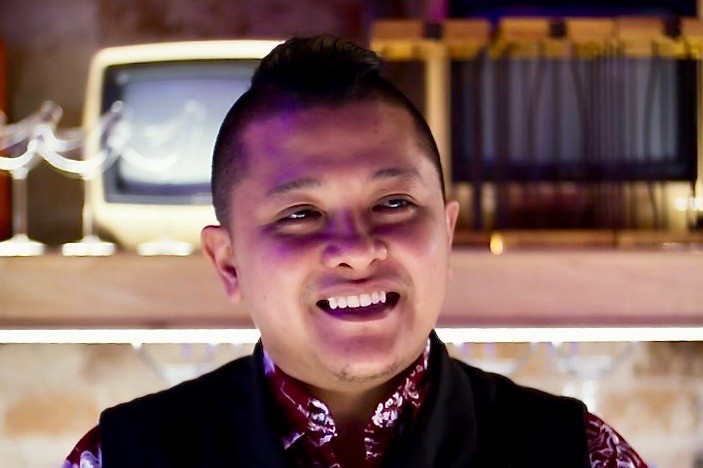 What do you do?

I am a bartender at G-String KL. I do just about everything, and there’s nothing I can’t do without effort and learning. Basically, I run the wet and groundworks in the bar. Even when we are operating daily, we work as a team with multitasking backgrounds. In some of the areas, I am pretty good and a fast learner.

How did you get into the industry?

I studied Hospitality Management at Taylor’s University for almost four years, earning a degree in that field. On my first internship, I had to fulfil both front of house and back of the house requirements. After a while, I fell in love with the kitchen department for the first time. From there, I began to fall in love with food, but after a while, the wear and tear began to take its toll. Then I moved on to the second-best thing, which was being behind the bar. Ever since then, I never stopped and never quit. It’s as though the synchronization was complete during 2010.

I was the complete product of the Souled Society institution, which helms Souled Out Hartamas, Sevenatenine and also WIP in Bangsar. I was at WIP Bangsar for almost five years, and there was no rainbow and sunshine during those times. I was trained by the late Frankie Anthony back in 2010, and after his passing, I was guided by Mission Mesol at WIP. For a Klang boy, I was exposed a lot to the culture and behaviour of the Borneo bartenders. Hard work brings together friends in the same field, learning and growing with some talented barmen in KL. It drives me to go and learn more and to connect with people. Ever since then, I participated in most of the big competitions held during that period, such as the 1st HORECA Bar competition, La Maison Cointreau the 1st edition and many more.

Share with us a story from behind the scenes.

From behind the scenes, I am a full-fledged husband with a three-man wrecking crew at home, two girls and one boy. At work, I was a loose cannon with no filter or words or remorse. Everyone was scared of my energy, but the kids and wife don’t seem to bother. It’s like Gordon Ramsey behind the bar. My wife does the heavy lifting while I help organize the house and look after the kids. Socially I don’t hang around much outside.

What’s a food memory from your childhood or travels that stands out?

A food memory will always be my mom’s cooking. More or less, my mother has a strong cultural background in Negeri Sembilan cooking, especially the Gulai Telur Itik. Nobody does that better than my mom and my auntie. But also growing up with a serani father has its sparks as well. I learned to appreciate some of the warm cookings of the Portuguese style, especially the devil curry from my grandmother’s side.

The best part of the job is keeping alive while on the job, and the worse part of the job is to make sure others stay alive on the job. During the first lockdown, I was retrenched from an international chain company. Still, I was never in love with the job from the day in till day out, regardless if its 6 am in the morning or 3 am-midnight shifts. Having said that, I departed with my previous company on good terms and had never regretted working with them. It was an interesting job whereby I managed two bars and once had 15 bar staff under my wing. Then again, the bitter truth is that being in this state of the pandemic was a good eye-opener. I almost lost to depression and anxiety, but after a while, when the businesses started to open, I had to re-live the passion again by setting up G-String KL.

My favourite pairing will be Maggie curry and Milo ice. You can’t beat that on any given day. Nonetheless, the best pairing I had on my tongue was a Chinese style Seafood stir-fried with a nice cold beer.

The most gila part I have seen while on active duty is on a crazy busy shift. There’s no ice behind the bar. Bad planning is scary. The funny part is that we had to run all over Petaling Street and knock on doors to borrow ice. Still, they also slammed like nobody’s business, and to top it all off, the operation hours was just nice, and my ice bin was completely dried off. So the night had become epic because there were no complaints whatsoever. When I look back, I just smile and say to myself, “Did I really allow that to happen”?”

… Sunday as the kids are off from the school and malls and recreational parks are filled with people. Good time to get some Vitamin D outside. Prohibited off days in this industry are Friday and Saturday, so Sunday is the perfect day to dip those toes to rest but then again, one day off is never enough.

I collect action figures for fun. It’s more or less of an investment for when I grow old. Apart from that, I now have 30 mixed hamsters and various goldfishes I keep at home just to pass the time of doing something.

What’s something you’d like guests to know about G-String?

G-String opens our doors to all, and all are welcome. Just be nice people, and the culture we throw on the table is the accumulative vibes we collected from our previous places such as WIP, Hard Rock, Dragonfly KL and many more. The brand is small, but it’s a strong challenge to endure during this pandemic, but we try our best to establish ourselves as one of the “good” GIN Bar’s in Petaling Street.

How has the pandemic changed you, your perspective or the way you operate?

Definitely, the pandemic draws out the good and bad of the establishment. However, living in this time, things won’t go back to normal on how we run things. I can adapt to the new changes, but I can’t digest the idea of operating in a limited time, such as 3.00 pm to 10.00 pm, for example. It’s like the virus doesn’t come out at night. However, this situation has evolved, and we got to play a different ball game. Reaching out to our customers outside via takeaway or delivery is the next big thing,

What’s something you’d like people to know about being a bartender as a profession?

What’s your view on the food/drink scene in KL?

Food and drinks in KL before the pandemic had become more of a copy-paste of one another. When I did my time at Arena TTDI, we were not the first to bring in the concept of Beer Pong, but we were the first to popularize the concept. Then many followed. During this pandemic, clubs and high-end lounges can’t operate. Still, nevertheless, it will be a big comeback once everything is lifted. The young crowds like big sound and big lights environments. Celebrities and well-known individuals prefer quieter bar joints. Some even open up their own bar just so the business runs within their circle. Before the pandemic, there was a lot of establishments blooming regardless of what their concept was.

How has the pandemic changed you as a person?

The pandemic did make me more depressed, and I had a lot of anxiety. But having a supportive team and a good boss made me sleep at night knowing that we are all right.

How has the pandemic changed you as a bartender?

During this pandemic or no pandemic, a barman will always be a barman. It is like a tiger that dies with stripes on it. Yes, I can cook and do other things, but this set of skills will definitely be used when the time comes.

What’s in store for you in G-String for the upcoming months?

Hopefully, I will straighten the path of G-String. We can really put in place all the planning and development, such as having a live band. I would leave a successor behind while I embark on the next journey within the group. I still have the energy and stay committed to doing so.

Find more interviews similar to this one with the Intoxicationist Shaman – Diniy Syimir B Mohd Nor Adzaman Francis, here. And, stay up to date with the latest food and beverage happenings in KL here.