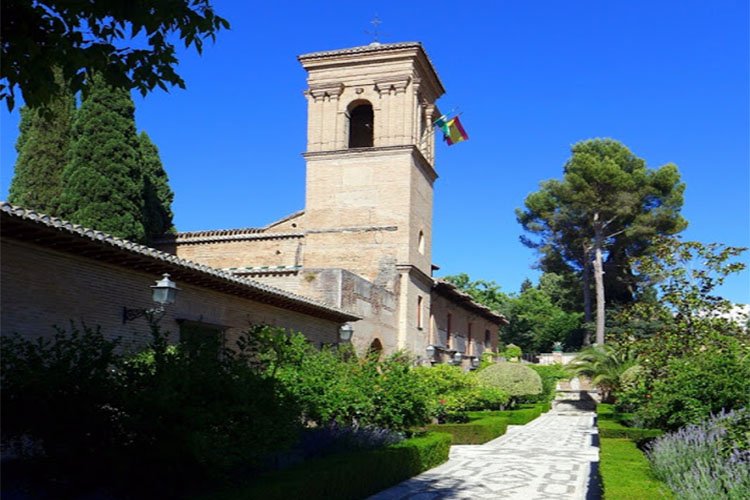 We were in Granada for less than 24 hours and spent a good deal of that time wandering around the beautiful La Alhambra. With some leads from Andalusian friends and hubby who was hot on the heels of local residents chasing them down to confess their treasured eating hideouts, we managed to get a good tummy full of delicious bites. The cool thing about Granada is that tapas come as a complimentary accompaniment to your drink order – so long as you keep ordering drinks, the small plates keep coming. Here are a few places we think you should eat in this culinary capital – the ultimate place for a tapas experience.

Where to Eat in Granada

As mentioned, a significant chunk of any tourist’s time in this city should be spent at La Alhambra. There are a number of touristy stalls there, but only one place that really merits the splendour of the area, and that is the Terrace of the Parador Museo Hotel. The garden seating furnishes picture perfect panoramas of the stunning location. A glass of wine, some tapas, a seat in the shade and a majestic view – you can’t ask for much more.
When you’ve made you way out of La Alhambra and are ready for the city’s second (debatable – some might say it first) top attraction there are a host of tapas bars to choose from. You really can’t go wrong: go to the bar, order a drink, munch on the gifted small plate, move to the next bar, repeat. It’s what hubby likes to call tapeando (the verb form of tapas).
Hubby’s pestering of locals rustled up two splendid finds. Los Diamantes is a popular spot amongst visitors for its supremely fresh seafood. It has become so well liked that there are now four outlets in the city. The locals agree that the food here is excellent, but if you want to join them in a meal best to head to Los Diamantes II in Calle Rosario. A short stroll out of the city centre awards ramblers with some of the freshest fried seafood you can imagine, and complete immersion with a Granadian crowd.
In most tapas bars it’s the luck of the draw in what food accompanies your drink. Güejareño Centro however supplies clients with a list to choose from and portions are more generous than many. That’s why locals led us to Plaza del Campillo Bajo, where this bar has set up some outdoor tables (which are difficult to nab after 8pm), to encounter what they consider one of the best tapas bars in Granada.
By the time you reach Granada you’ve probably already sampled many of the local foods significant to the Andalusian region. Two musts to get your taste buds around in Granada though are: Porra Antequerana, a chilled summer soup similar to gazpacho but thickened with bread crumbs; and Piononos, a sweet soft pastry roll crested with toasted cream – decadent! Both are popular dishes, with the first being found in a good number of tapas bars, and the second sold from most bakeries which seem to dot every block.

And again, I leave you with some photos of beautiful Granada.
May your travels be delicious and fulfilling.