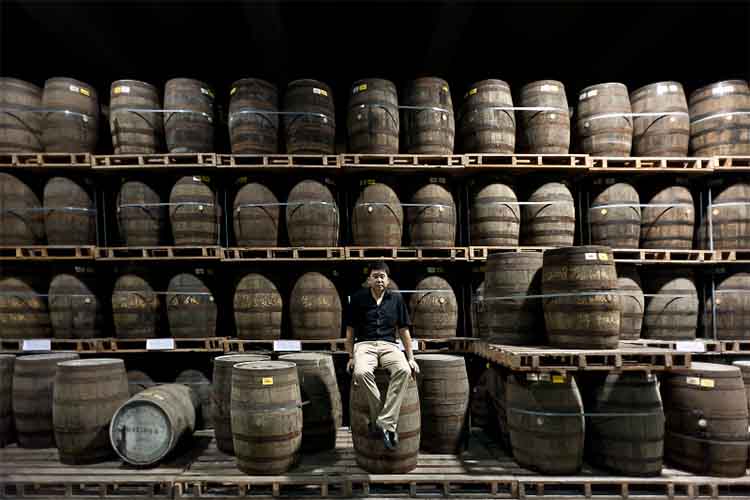 The Vault, a popular speakeasy-style bar in Sri Hartamas, proved to be a cosy and comfortable venue for the latest release from Kavalan, the once-plucky Taiwanese whisky maker that’s now settling into its second decade by making some serious noise in the industry. More on that later, though.

The invited guests were treated to a presentation outlining the brief history of Kavalan distillery under its parent company, the King Car conglomerate. The distillery, sited in the north of Taiwan, dates back to only 2005 and began as a labour of love (and entrepreneurship) for the company chairman, who is himself a whisky aficionado. Mr Tien-Tsa Lee had long dreamed of producing a home-grown world-class Taiwanese whisky, but trade restrictions meant his whisky dreams could not be truly realised until 2002, when Taiwan joined the WTO. Once that formidable barrier fell, it was time to kick things into gear, and the plans were laid that very year, all under the King Car label.

Whereas most Scottish distilleries take many years to be built and get to a point to start producing whiskies for aging, which takes many more years, Kavalan had different ideas right from the start. Taiwan’s warm, humid subtropical climate provides an environment altogether different from that of colder climes like Scotland or Japan, so aging would be accelerated. And – though unrelated to the climate – so too was the construction of the distillery! From start to finish, the distillery’s construction took only nine months, beginning April 1, 2005 and completing December 31, 2005. Less than three months later, the first drop of distillate – Kavalan’s first new make – left the spout in the distillery’s spirit safe. That moment was forever etched in Kavalan history: March 11, 2006 at 3:30pm.

A decade later, the brand has flourished and now boasts a growing number of expressions, six of which were sampled at The Vault.

We began with the Kavalan whisky that started it all, the Classic Single Malt. Bottled at 40% ABV, the Kavalan Classic embodies the quality and character of the distillery. The whisky is fresh and lively, communicating a slightly floral and fruity nose with hints of vanilla and coconut. Mango is curiously prominent, as well, and this note is shared with the palate, along with a bit of spice and a smooth, short finish. The Classic has won multiple awards since it was introduced into competitions on the global stage.

Next up was the Concertmaster, the second Kavalan expression introduced to the public, following the Classic. A trio of varied Port casks are used to finish the whisky, following an initial aging period in American oak casks, resulting in a complex and naturally sweet dram, also bottled at 40% ABV. The nose holds tropical fruits, honey, vanilla, and hints of caramel, while the palate delivers smooth, rich body, a balanced sweetness, and a decent complexity. Concertmaster has been awarded repeatedly at several international competitions since 2013.

We then progressed to the Solist Series, a range of single malt expressions bottled at cask strength. We began with the Solist ex-Bourbon, 58.6% ABV (though the range varies from batch to batch, it’s kept in the 55-60% range). Matured in ex-Bourbon American oak, this whisky is non-chill-filtered, retaining a full body and delightful mouthfeel. Redolent of fruit and oak, the nose also offers hints of vanilla and coconut. The palate is balanced and certainly communicates the Bourbon casks in which the liquid matured. Round and full, with a natural sweetness and underlying fire, the ex-Bourbon was well received by just about everyone on hand.

The next Solist, the Sherry Cask, was my personal favourite. Also cask strength, this dram has been chill-filtered and is beautifully smooth and rich. A nose of caramel, nuts, and raisins gives way to a smooth palate that is at once clean and complex, with just hints of spice offsetting the natural sweetness. Notes of sherry, vanilla, and nuttiness linger on the finish. It’s not for nothing the Solist Sherry Cask got the world’s attention back in 2011 with a Best of the Rest of the World nod at the World Whiskies Awards.

The next whisky for our tasting was the Solist Port Single Cask Strength expression. Aged in Portuguese port barriques, this dram had a richness and colour that was wondrous to behold. Stone fruits and berries were evident on the nose, with notes of chocolate and nuts lurking in the background. The appearance of the port cask whisky in the glass was considerably more ruby than that of the ex-Bourbon. This could pass for brandy by looks alone. Also bottled at cask strength, this was a fitting finale to our tasting.

But wait… in true showman fashion, Kavalan saved the best for last. We were treated to the newly crowned winner from the 2016 World Whiskies Awards, taking home the top prize as the World’s Best Single Cask Single Malt, the Kavalan Solist Amontillado Sherry expression. Hard to find – and certain to get even harder now – this whisky was indeed a privilege to sample. With a nose of toasted almonds, wood, and toffee, the Amontillado Sherry expression tantalised from the start. The palate was rich and fruity, but drier than the Port Cask expression – not quite as sweet. Well-balanced, the Amontillado was slightly softer and carried a hint of caramel and nuttiness, with just a pinch of spice and pepper on the finish.

All in all, it was a grand tasting affair, very well-hosted by the team at The Vault. This experience, along with the slew of awards Kavalan is amassing from the four most authoritative international whisky competitions in the world, has further inspired me to pick up a bottle soon – before Taiwanese whisky aficionados ultimately suffer the same fate as their Japanese whisky-loving friends: too much demand and not enough supply. Let the forward-looking whisky connoisseur be forewarned!