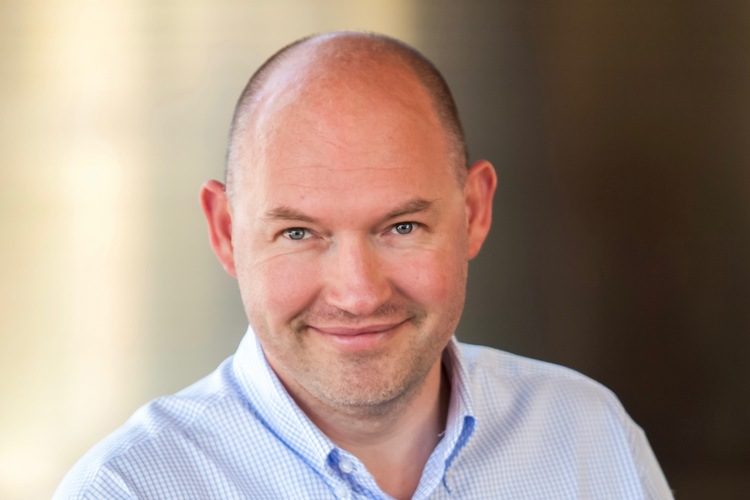 Alex Dale, Founder & Managing Director of Radford Dale, chats with The Yum List about the wine industry in South Africa and his personal journey through it.

What do you do and how did you get into the industry?

I fell into the potion at birth… (for those who have read Asterix). I am the fourth generation in the wine business. It was always part of my life and destiny. Having grown up in a wine importing family in the UK, I moved to Burgundy as a teenager experiencing my first harvest at 15. I lived there until the age of 28. After my studies, I worked for two wonderful wine families. In 1994 I moved to South Africa, inspired by Nelson Mandela’s election as the first democratically-elected President. I subsequently set up Radford Dale Winery in Stellenbosch, with friends, which I have run ever since.

The worst part is the admin, which takes up a considerable amount of time.
The best parts are all the rest. The buzz of harvest time is a favourite; opening a great bottle with friends which we’ve successfully put together is a rewarding feeling. I enjoy the travel to exotic places and surprising people in far-away lands with what South Africa has the potential to produce.

Tell us something about one of your more interesting wines?

I had previously thought that adding chemicals and preservatives was a necessary part of winemaking and that it was not possible to make clean, stable wines that could age well without doing so – especially the use of sulphur, as a preservative and as a disinfectant. Herbicides and pesticides in the vineyard have always been commonly used to protect the fruit on the vine.

Since 2012, however, we have been making a really stunning wine, from an organically-farmed vineyard in a little-known appellation, the Voor Paadeberg (on the South-Eastern edge of the Swartland wine region in South Africa). Here we have been putting ourselves to the test, to see if we truly can make a wine with zero additives – from organic grapes to bottling, with no treatments, no additions, no manipulation. No new oak, no added acidity, no enzymes, no added yeasts, nutrients or any chemical or product; nothing other than grapes.

Our resulting Radford Dale Nudity Syrah has been a revelation. It’s the prettiest red wine we make. It is totally stable and it looks and tastes absolutely stunning. It’s refreshing, delicate and very aromatic. It even ages more slowly than our more conventional wines and we follow it with awe each vintage, not yet fully understanding how we managed to achieve this!

What’s one of the most memorable things you’ve seen behind the scenes?

When I did my first vintage in Burgundy in 1982, at the age of 15, one of the sons of the Domaine where I worked (he was older than me). He accidentally opened-up a full 10,000L red wine tank, propelling himself across the winery in a flood of red Burgundy, flooding the floors and knocking the wind out of himself. As if everyone in the cellar was well-versed in such antics and knew what to do, drains were urgently blocked (to prevent all the wine from disappearing down them), pumps were rapidly gathered and the wine sucked back up off the floor and into a tank. The embarrassed looking chap, red from head to toe, disappeared off home and the cellar carried on with vintage…

A friend of mine has a beautiful wine estate up in the mountains about two hours from Stellenbosch. She’s quite a pioneer and was the first to plant vineyards in the area and even had to create a new wine region with the authorities in order to be able to bottle her amazing wines. She often has to deal with all sorts of pests and parasites in the vineyards, from snails to insects to cobras. But the craziest sight was one late afternoon when I was visiting, sitting on the stoep at her house with a glass of her sublime chardonnay, overlooking the mountains and vineyards opposite, just as the sun was descending behind the peaks, a large troop of baboons was suddenly descending into one of her prized parcels, barking and whooping like possessed creatures, across the valley. They decimate vines as they tear up the foliage and rip off the fruit at speeds you would not believe, damaging the canes and vines in the process, some irreparably. They’re incredibly strong and agile apes, dangerous and aggressive, with fangs larger than those of a fully-grown male lion. Time to act was scarce and shooting at them was not an option, as they are a protected species. So my friend, quick as a flash, released her dauntingly massive Great Danes and farm-bred Labradors, who galloped across the valley in a pack and up the opposing hillside at the speed of light, hurtling into the vineyard and churning into the now fleeing scores of baboons. With the sun going down behind them, the comical sight of the silhouette of leaping baboons above the darkened canape of the vines hit home to me that viticulture in Africa is not for sissies…

Visiting the Beaune market (in Burgundy) on a Saturday morning, followed by lunch sitting at the counter at the Bistro Bourguignon. As friends come and go, taking a drink or a plate of charcuterie or a salad, after shopping for their fresh produce at the amazing market. In the afternoon, a  barrel tasting at Domaine Ramonet in Chassagne-Montrachet, followed by a bottle tasting there and then a well-lubricated dinner with Jean-Claude Ramonet and a bunch of other producers from the Region, sharing their wines and revelling late into the night. It’s something I do every year, in various cellars, but Ramonet is my absolute favourite…

That depends if on the road or at home. Given I met The Yum List on the road, let’s assume that. There’s a lot of travel, unglamorous airport experiences, queuing, waiting, flying, taxis, buses, trains etc. Hotels, restaurants, meetings, market visits, tastings, meals, events, networking, seeing friends and late nights. Followed by hours of emails very late into the night or very early the next day, before heading to the airport again. It’s all made bearable by wonderful bottles of wine, very often made by other producers I admire.

I started a wine import business into SA some years ago so that I could enjoy great Burgundies at will, as well as wines produced by friends in Australia, New Zealand and other parts of France. It’s doing pretty well and we even supply resorts in places like Mauritius, which of course needs to be visited, out of courtesy…

What’s something you’d like readers to know about Radford Dale?

We’re idealists and we want our contribution to be consistently offering completely individualistic wines – thoughtful, balanced and unpretentious wines, completely quality-driven, with as little manipulation and ego as possible. Wines which reflect nature; both the climate of that year and the idiosyncrasies of the geology from where they originate. We have helped pioneer some of the most interesting vineyard sites and appellations in South Africa today, most often producing wine styles and varieties which go against the popular winemaking trends and fashions.

In your opinion, what makes a stellar food and beverage pairing?

Harmony. Allowing for the best of each to shine. If one dominates, the other underwhelms… Many chefs only think of the food and often make dishes which clash completely with the wine. The best pairings at dinner events are when the chef considers and understands the wine, and the wine producer considers and understands the food. Sometimes the chef can surprise with a match which you don’t expect to work and sometimes they should listen to the wine producer!

What’s your view on the wine industry in South Africa? Where do you see it headed?

I think it is getting to a very good place. The new generation of very innovative and quality-mad winemakers is taking us to heights we’ve never seen before. Very exciting times for the SA wine industry and I’m more motivated than ever by what lies ahead.

Lots of bottlings, mainly of the 2018 wines but also some of the lighter 2019 wines. Then there’s the planting of new vines over the winter – we’ve been reintroducing Gamay to South Africa for example and will plant more vines over our winter. It’s a grape which became almost extinct and we’re bringing it back from the brink. It loves granite, which we have lots and lots of, and it makes such beautiful, refreshing and light red wines. So much more interesting than the blockbuster wines with heavy alcohols and lashings of oak and sugar which have dominated the industry for the past generation… I’ll also be spending a month in France, mainly to do our sourcing and procurement for our imports business. Plus putting on a few kilos in the process…

Read more interviews such as this one with Alex Dale here and discover more about Radford Dale here.