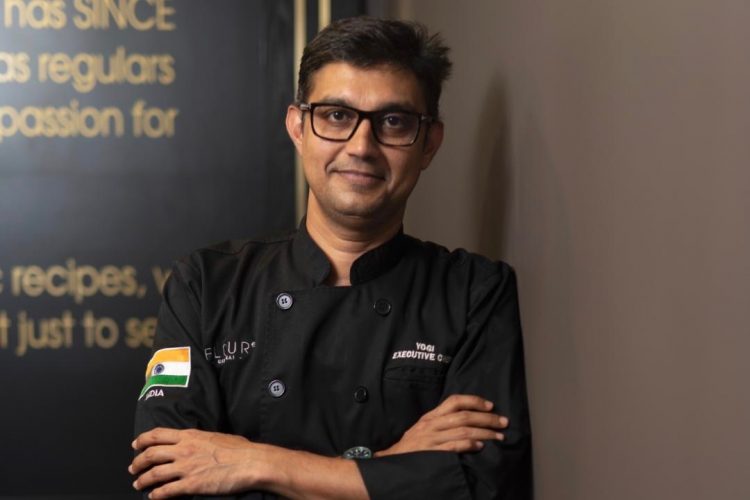 In this article, Chef Yogesh Upadhyay of FLOUR Restaurant, explains traditional Indian recipes and his insistence on balance in its preparation.

Indian food is soul food. It’s food that suits many palates. Many guests call it grandmothers’ food. How much of this is true? Let me discuss in this article – Indian Food Explained.

Indian cuisine is approximately 8,000 years old. Its cooking techniques have defined and influenced preparation styles around the world. It is known for its spices. In fact, India gave the world pepper, which is the most important spice in almost all cuisines. My chef friend Jhonson says, “They took my pepper and gave me chilli!” Nowadays coriander seed is also coming along with pepper.

Indian food varies by the region, climate, availability of produce, culture and the requirements of the body. It is also influenced by the Greek, Turkish, Persian, Mongolian (Mughals), and in the last few centuries, British and Portuguese. However, one thing never changed, Indians knew to maintain balance in their food. Balance is critical for body. The palate is for pleasant flavours only but the effect is the entire body. The art of food balance is also described in Ayurveda.

Indian food that has reached the masses is, in reality, is not grandmothers’ recipes but that which came from royal kitchens. The likes of kebabs, kormas, lal maas, biryani and so on came from restaurant kitchens. Murgh makhani, which the world calls butter chicken, dal makhani and more have international influence such as the British Indian, chicken tikka masala and vindaloo. But no matter where and when food creations were made, they maintained a proper balance of spices, herbs, dairy products, coconut and so on.

Today, Indian food has changed. Almost all the guests tell me that they love Indian food but feel bloated or have severe acidity after their meal. This influence on food is seen in almost all Indian restaurants and considered as THE Indian food! It has taken probably over 50 years to achieve this. Believe it or not, this is true.

Indian food uses curd, a balance of spices and herbs. It can be any preparation; vegetables or meat. We never laced our food with cream and threw in a kilo (intended sarcasm) of powdered spices and chillies to make a sauce! When this started, Indian food became acidic, rich as in creamy and extremely heavy.

Rogan Josh – Kashmiri in origin and Persian influenced, is made to cater to the cold climate of Kashmir. It is made with mild spices, that generate natural warmth in the body but are gentle on the palate. Kashmiri chilli is used to provide colour as these chillies are not fiery. Today, the same is made in a tomato-based sauce, heavily spiced and in some places, even cream is added! The last thing I would want my Rogan Josh is creamy. Many call it Punjabi, Awadhi, and so on. Sorry, but it’s Kashmiri. A magical dish, a meat lovers’ delight; today completely changed.

Murgh Makhani (butter chicken) – first, this is from Delhi and not Punjabi. Created in the late ’40s in a restaurants kitchen to use the unsold chicken tikka, this revolutionised Indian cuisine. It’s a dish that single-handedly defined Indian sauces. The butter chicken sauce is made from tomatoes only with a handful of spices. The chicken tikka added to it is supposed to be light, the flavour of sweet and sour tomato, flavouring agents are dried fenugreek leaves and cardamom. This dish introduced the Indian sauce tomato. Today, this dish is creamy, rich, spicy and very heavy. One’s stomach after consuming today’s butter chicken could bloat with acid reflux. No, it didn’t originate in mothers’ kitchen in Punjab and it wasn’t supposed to be heavy on the stomach.

Gulab Jamun – an Indian dessert, made from reduced milk, dips the balls in rose water and saffron. Today, these balls can be made out of flour, milk powder or milk reduced to a powdery paste called khoya and served dipped in sugar syrup! This new gulab jamun is so sweet that you won’t feel anything in your mouth but sugar. Again, it’s a dessert that originated from a royal kitchen but is far from royal in many places today.

The question arises when all Indian restaurants stake a claim to be authentic, what does it mean? Frankly authentic is a grey word. All three examples I gave above are traditional recipes, but you also see what has happened to them now. At the end of the day, the guest decides what they prefer; heavy, acidic food or light and balanced food. I love what my sous chef Balwant says, “You can’t question guests on what they like and why, but as a chef, I will keep educating them by giving them food that has value, to the body and palate.”

Then what is grandmothers food?

Food made by grandmother and mother cannot be compared to any of the above. Their fare is lighter, fresher and made with different spice and herb mixes. I recall in my village in Rajasthan, we still have the stone hand mill where my grandmother would grind grains, spices, herbs. It would take hours and be very tiring, but she would patiently do it for us, grandchildren. Her food was the best.

Grandmothers food varies as you travel in India, they gave us the flatbreads (gluten and gluten-free), puri, dosa, appams etc. Vegetables like brinjal, ladyfinger, beans, you name them, were made by them. Meat was generally fish and chicken. In some parts of India, it was even red meat. Grandmothers are known for their spice and herb mixes, that’s where the magic was. The right combination, that gave the oomph and colour to food. They gave us desserts like aatey ka halwa, suji halwa, puran poli, sweet appams and the list goes on. And top this with tons and tons of love; it’s magical and blissful.

I meet guests who tell me your food is nice, but my mother’s is the best. Please, never say this as mother’s cooking is entirely different and it will always be the best.

I can probably go on and on, but I hope this brief article will make you say, “I like carbonara with cream, but I prefer a simple carbonara,” or “I like sushi with mayonnaise but they are best had on their own,” and “I love my butter chicken but would rather a lighter one… I prefer balance.”

Did you gain any new insight from Chef Yogi’s article, Indian Food Explained? Drop us a line below and share your experiences with us.